Construct your own creepy Character Building Monsters Vs. Zombies collection and build your own terrifying adventures with your friends! There are 12 Glow in the Dark micro-figures to collect including many of your favourite characters from popular monster and zombie stories. Each highly detailed and fully articulated micro-figure is sealed within a secret bag, so you never know which Monsters Vs. Zombies character you are going to get! One supplied.

Each pack contains 1 random figure and a collector's checklist. 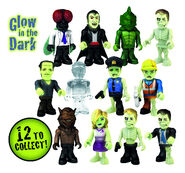 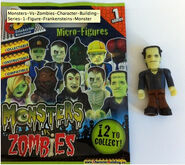