Build your own Character Building Sports Stars collection and challenge your friends to a game of fantasy table-top football. There are 12 micro-figures to collect featuring key players from the English Premier Leagues top teams including Liverpool F.C., Tottenham Hotspur, Chelsea F.C. and Arsenal F.C. Each constructable Sports Stars player micro-figure is sealed within a secret bag so you don’t know which player you are going to get. Each pack includes one player micro-figure, either a ball or slider base and a collectors leaflet highlighting all the players available in the Series 1 collection. These fully articulated collectable micro-figures are represented in either their team’s 2012-2013 home or away kits. The heads are 3D and digitally sculpted to ensure the player likeness is instantly recognisable to all footy fans. 12 to collect. 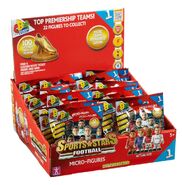 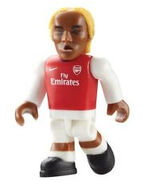 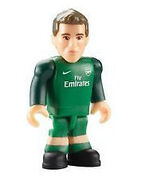 Wilshere in away kit